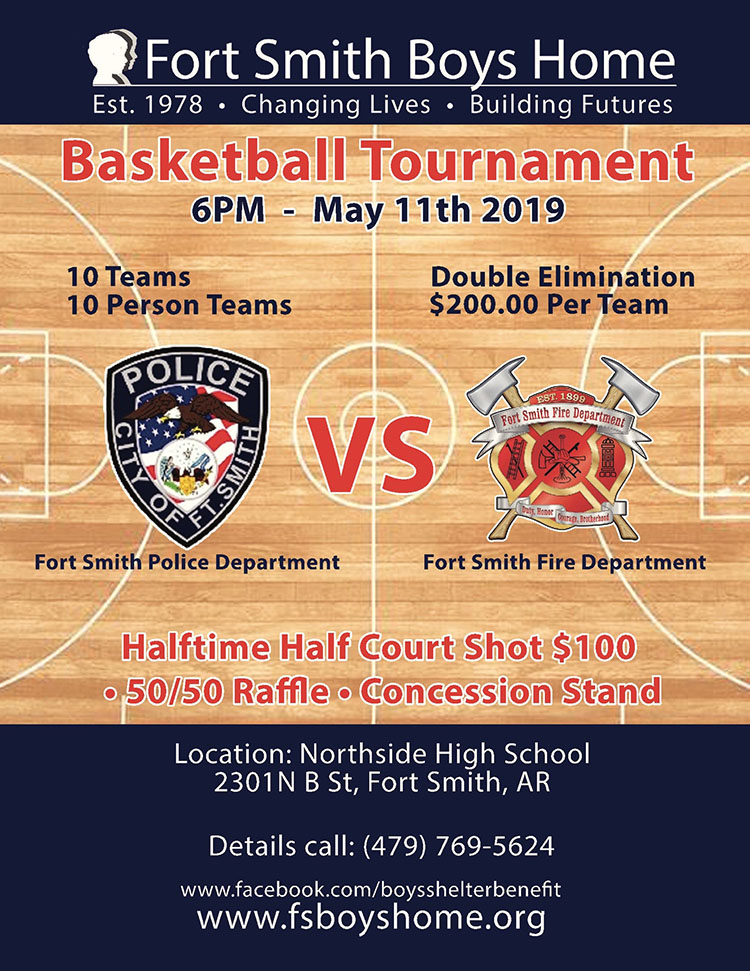 Our First Fundraiser For 2019

What a wonderful event! The Fort Smith Police Department vs the Fort Smith Fire Department in a basketball game!  The day started off with our pre-game tournament with 8 teams from the community stepping up to help. There were two brackets, one for the ex or current college players, (which was won for the third year in a row by the Showstoppers!) The second was the fundraiser bracket which had many good players.  Perspectives Behavioral Health took top honors in this bracket!

Prior to the BIG GAME, we had two wonderful ladies from Northside High School, Angel and Gracie, sing the National Anthem.  This set the tone for all the first responders participating. Next, our new Mayor Mr. George McGill gave the invocation.

The game started slowly with both teams trading missed shots, then everyone seemed to relax and enjoy the competition. It's not really important who won…. but the FSFD won and in a rather convincing fashion. The FSPD said they would be back and the speculation is that there could be some recruiting for next year’s game. Although it’s hard to see a 7 footer getting in a squad car, but remember Shaq is a deputy in Florida!

The 50/50 drawing was won by Karen Donovan and the half-court shot, which was sponsored by Chambers Bank, was won by Jason Mendez from GERDAU (see photo below). Both of our winners donated the money back to the Boys Home which ironically shows the kind of winners they actually are!

A huge part of the success of a basketball tournament is that we raised needed funds, but we can also say that we avoided all injuries, which is always a blessing!